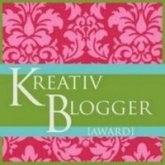 A Romanticized Look at 1919

This ad is from 1919, a year in which Americans were seeing the return of many injured servicemen from WWI.  America had a bit of a romanticized view of the war, being so far removed from the horrors that Europe was experiencing, and even after the war ended, and many men came home with their rose-colored glasses removed, the public was pretty much unaware of the horrendous experience of it all.

This ad came form a 1919 Harper's Bazar.  Many of the stories in the magazine, and in others from 1919, refer to returning soldiers,  and to the war, but there really is no mention of just how bad an experience it had been.  In the stories, there seems to be no "shell shock,"  no poison gas, no death.

I guess it would have been worth it had one of the names for WWI been true - "The War to End All Wars."  But unfortunately, they were wrong in 1919.

My grandfather was in the Navy then and was assigned to on a hospital ship. Although us kids were full of questions, we were told not to ask about it--and he never said a word. That in itself was enough for me to know it wasn't a party.

This ads terrifies me. The woman appears to be in la-la land about her outfit, and the dapper veteran looks like he's been hit with PTSD. Very out of touch, just like you said!